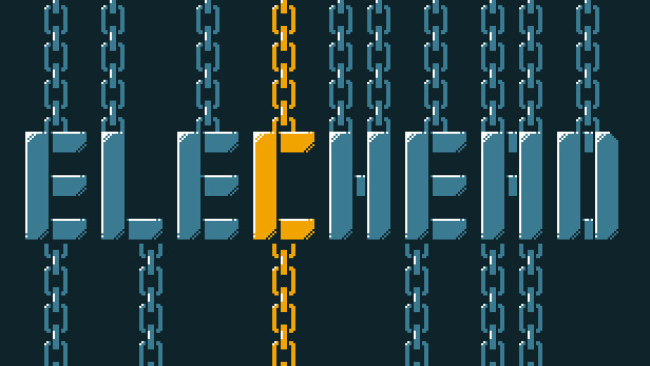 ElecHead – the beautiful puzzle platform that leaves you wanting more

NOTE: This review contains spoilers for both of ElecHead’s endings as well as some other secrets (I would highly recommend that if you haven’t played the game, to get and play through the game before reading this review)

Puzzle platformers have to be one of my favorite genres and if you’re a fan like I am, you know that we’ve been eating well recently with releases like Little Nightmares 2 and Webbed. But there was one puzzle platformer that released last year that stands up above the rest, that game is ElecHead. ElecHead is a single-player, 2D, puzzle-platformer created by solo developer Nama Takahashi that was released on October 14th, 2021. Takahashi has quite a bit of experience within the field of programming starting off in college and as of now he has made 3 solo games (DEATH ROCKET, I want to eat the Sun, PROJECTION REMAINS) and helped with programming for BATTLLOON. But I must say that ElecHead is Takahashi’s most ambitious game yet!

One of my favorite things about ElecHead is that it has a pretty simple but satisfying plot. You play as Elec, a small robot with a battery head and it’s Elec’s job to bring light back to the world by platforming and puzzle-solving your way through 7 zones. That may seem simple but the twist of the game is that Elec is conductive and so are pretty much all other surfaces in the game. This gives Elec the ability to power up different parts of the zones and that can be both a strength and a weakness since powering a stage hazard can lead to Elec’s untimely demise. While playing through the game you will also come across some scenic rooms that will show an entire city being powered up by Elec (which is just a beautiful scene) and the earth (one of the big lore reveals which shows that were actually on the moon). ElecHead actually contains 2 different endings. In the first ending, Elec destroys and converts the earth into a sun for the moon. The second ending is pretty similar but this time Elec sacrifices himself and destroys the moon to provide a new sun for the earth. Both endings are both chillingly beautiful and I love that the game focuses more on show, don’t tell as it really elevates the plot of this game.

ElecHead is a 3rd person, 2d puzzle platformer. Now as mentioned earlier, Elec is conductive which in turn means that you energize everything you touch. This mechanic is used to activate lifts to carry you to different areas but it is also used to power cannons and harmful electrical walls. Now a bit into the game, you gain the ability to throw your head while still being able to platform with your body for 10 seconds and this leads to a ridiculous amount of new puzzle scenarios! On top of this, there is also a hidden rocket head mechanic which requires Elec to clip through a random piece of ground and fall for about a minute in order to collect it which is just a super bonkers way to acquire a power-up (seriously, it’s super cool). On top of all of that, you also have collectibles to collect in the form of computer chips. Now many of these are hidden in pretty hard-to-find rooms but the collecting process never annoyed me as there are only 20 chips and they’re challenging and fun to collect! In fact, there is a very secret room hidden within the game that has a very STINKY secret but you will have to find that one on your own! I also can’t stress how amazing the puzzle solving is since for me, a puzzle game succeeds when it gives me that OOH moment where everything clicks and the puzzle makes sense and ElecHead was like a buffet of those moments!

ElecHead has a beautiful 2D, pixel art style that is quite similar to DownWell and Gato Roboto and like those games, ElecHead also offers palettes. You do have to find these palettes which are randomly hidden throughout the game but the whole palette system really helps to refresh brand-new playthroughs of the game. Although I will say that both the Downwell and Black and White palette do prevent you from being able to see the controls and messages shown on the screens throughout the game. But as the palettes are a completely optional part of the game, it is barely a problem. Well playing through the game you will also come across some scenic rooms that will show an entire city being powered up by Elec (which is just a beautiful scene) and the earth. I must say that Takahashi truly did a stupendous job on the pixel art throughout the game!

ElecHead’s soundtrack was made by Tsuyomi and their music truly helps to elevate this game to another level. Each zone has brand new music although it all has a similar rhythm which helps the game to feel consistently consistent! I will also say that the music for the endings is superb. I would highly recommend listening to the soundtrack on its own as it’s that good (Link to the soundtrack).

Now all of these amazing elements combine into an amazing 3-5 hour experience. I know that the time makes this game seem short and it is, but that’s due to the fact that this game has ZERO filler. It truly is a perfect video game and if you haven’t played the game you should 100% pick it up!

ElecHead is available on Steam and Nintendo Switch

By James Pruefert // 1 month ago